The Cambridge History of Medieval Monasticism in the Latin West 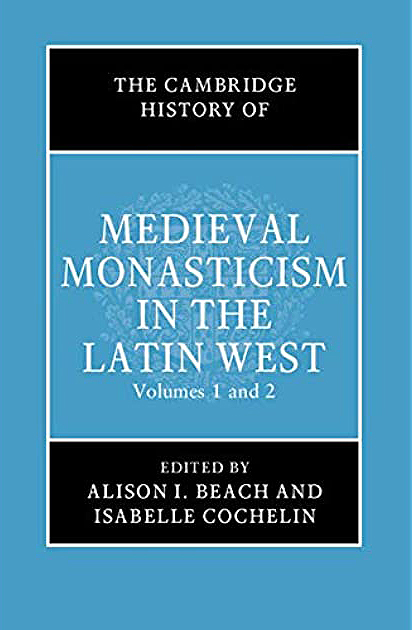 The Cambridge History of Medieval Monasticism in the Latin West was a collaborative work of longue haleine with one sixth of the authors and the majority of the translators directly or indirectly related to CMS and the University of Toronto as faculty, students, alumni or PIMS fellows: in alphabetical order, Alessia Berardi, Jesse D. Billett, Elma Brenner, Lochin Brouillard, Adam Cohen, Albrecht Diem, Fiona J. Griffiths, Drew Jones, Christian D. Knudsen, Lauren Mancia, Matthew Mattingly, Alison More, Bert Roest, Tristan Sharp, and Michael Webb. All the articles of the two volumes can be read online at UofTLibraries.

Monasticism, in all of its variations, was a feature of almost every landscape in the medieval West. So ubiquitous were religious women and men throughout the Middle Ages that all medievalists encounter monasticism in their intellectual worlds. While there is enormous interest in medieval monasticism among Anglophone scholars, language is often a barrier to accessing some of the most important and groundbreaking research emerging from Europe. The Cambridge History of Medieval Monasticism in the Latin West offers a comprehensive treatment of medieval monasticism, from Late Antiquity to the end of the Middle Ages. The essays, specially commissioned for this volume and written by an international team of scholars, with contributors from Australia, Belgium, Canada, England, France, Germany, Italy, the Netherlands, Spain, Switzerland, and the United States, cover a range of topics and themes and represent the most up-to-date discoveries on this topic.